How DNA Testing May Wrongly Nail Your Wife (Part 1)

For a breath of fresh air and to maintain my sanity, I’ll desist from talking about the retired General Muhammadu Buhari in this article. Also, I’ll resist talking about murderous Boko Haram, terrorist Fulani herdsmen, nationwide bandits, humongous corruption and bleeding nepotism which the Buhari regime will bequeath to the incoming Presidency in 2023, if Nigeria exists till then, luckily.

I understand why it’s not easy for Nobel laureate, Professor Oluwole Babatunde Soyinka, to give up hope on his 61-year-old country, Nigeria: no parent will nurture an Abiku from infancy through childhood to adolescence, and incautiously watch the heartless child climb a pawpaw tree with vegetable stalk – without shouting gbajare!

So, I understand the patriotic zeal which, for almost 70 unbroken years, has fired Soyinka up to engage in an eternal struggle for a better Nigeria.

At a point in 1965, Soyinka justifiably held, at gunpoint, the Nigerian Broadcasting Corporation, Ibadan, despite security presence; landed in jail over a pro-Biafra article in 1967, at another point, and escaped into exile in 1994 when he was sentenced to death by the rogue General, Sani Abacha, who was dragging Nigeria to the point of no return. Doubtless, the sagacious Soyinka had a brush with the law one time too many over his conviction.

The last time the white-mane literary icon wrote a novel, Season of Anomy, was 1973. His new novel, Chronicles From the Land of the Happiest People on Earth, is his third, while The Interpreters written in 1965, was his debut.

It’s the mighty shame of a nation that the same themes of corruption, hypocrisy, nepotism, ignorance, blood-letting, poverty that are Soyinka’s preoccupations in his 1965 and 1973 novels, remain his motifs in his 2021 novel.

While some global issues which Soyinka spoke to in his works have changed for the better, it’s excruciatingly painful that his country, Nigeria, remains rooted in the bottomless pit of underdevelopment despite decades of his literary and social advocacy for change.

I wish I could measure the heaviness of the soul of Africa’s foremost literary figure, Soyinka, seeing his Nigeria, the Abiku, swimming in crocodile-infested pond while giant gators glide to gobble the Abiku, together with its defiance and charmed bangle-feet.

For Soyinka, appearance and reality in Nigeria are siamese even though he faults the depiction of Nigerians as ‘happiest people on earth’ in his latest work. Soyinka’s Chronicles From the Land of the Happiest People on Earth is a stinging irony of the sorrowful Nigerian populace described by total strangers as joyful.

However, Appearance and Reality weren’t the same for me some decades ago when I served in the National Youth Service Corps in Umuopu and Aji communities of Igbo-Eze North Local Government Council of Enugu State.

Then, I had a shapely girlfriend, whose name flirts on the periphery of memory now. I think she’s Eucharia. UK, for short. Then, I shared a top-floor two-bedroomed flat with a fellow corper, James Umor, now deceased, in a storey building owned by a traditional shrink called Enwe Nwanjo, who had a son, Emma, who had a beautiful wife, and a baby girl called Kasie. Emma and his family lived on the ground floor of the main building with us. Enwe Nwanjo had died a few years before my NYSC posting, but I still met his legend in Aji as a great healer of sick minds.

UK, an ebony beauty with a dimpled smile, lived in another apartment on the top floor with us. One night something happened.

I had just returned from a journey late in the night. And the whole compound had gone to sleep. I had come out on the verandah to have a drink and smoke a cigarette. Then I heard the bed creak in UK’s room. Sleep fled from my eyes and the hair on my head stood on end.

“But UK told me she was going to Nsukka to see her parents this weekend?” I recalled silently as I tip-toed towards her door in the dark hallway.

I peeped through the keyhole, darkness stared back at me. Then, slowly, very slowly, my mind dismantled the darkness. I saw two human forms, one lying behind the other, on the small metal bed by the curtained window…

I stayed all night on the verandah smoking and shacking whiskey as the harmattan wind froze my bones, but I kept my gaze on UK’s door while I intermittently patrolled the other louvred window to her apartment, which wasn’t in full gaze.

Then, another thing happened. Around 5:30am, or thereabouts, I heard a crowd of people chatting from a distance on the hazy road to our apartment. Then, some male and female students, who lived in the compound, together with a teacher, Florence Enwe, who’s the sister of Emma, and my smiling UK, burst into view. They were all coming back home from a vigil in their Catholic church!

I quietly sneaked into my apartment, relieved but still curious. I heard UK’s footfalls as she climbed the stairs and I re-emerged from my apartment. She greeted me and asked smilingly, “You no dey sleep, Kopashon?” She knocked on her door. A preteen girl of about 10 years, whom she described as her sister from Nsukka, opened the door drowsily, stretching and yawning. “Tunde, see ya life,” I said to myself silently.

This is my own experience with Appearance and Reality. While Soyinka sees Nigeria for what it truly is, the Appearance I saw in Enugu Ezike was far from Reality.

What did the 178-year-old British newspaper, The Economist, see when it described the Buhari regime as incompetent, last week? Appearance or Reality? Or both? I’ve vowed not to talk about Buhari in this piece, and I wish to be faithful to my promise. I’ll leave Buhari for now and go ahead to explore DNA testing as a realm of science where results may not always be accurate.

Despite a woman’s fidelity to her man, DNA testing could wrongly label the faithful woman a cheat if she gave birth to a chimera baby.

Unlike the generality of humanity possessing a single and distinct set of genes, chimera individuals have at least two sets of genes, which can result in a false negative result when the genetic composition of their tissue which was sampled for DNA testing is different from their reproductive tissue.

The case of American Taylor Muhl, a 37-year-old female singer, songwriter and dancer, brings into keener perspective the issue of genetics and the probability that DNA testing could go wrong.

Though the multiple sets of genetic compositions in chimeras differ from one individual to another, in the case of Muhl, she was her own twin. This means that her embryo swallowed the twin embryo in her mother’s womb.

The fusion of the embryos could be in the gonads, testicles, abdomen, hand, transplanted parts of the body or any part of the body.

If it was in the testicles, for instance, the child fathered by the seminal fluid of the chimera individual would likely carry the gene of the other unborn, infused twin – such that DNA tests on the children produced by the chimera will prove negative.

There’s the case of another American woman, Karen Keegan, whose own children were disproved by DNA testing until a US court ruled that the pregnancy she had at the time in question should be recorded.

Despite being video recorded at childbirth, DNA testing conducted on Keegan’s new baby also proved that she wasn’t the mother of the child.

A Professor of Obstetrics and Gynaecology at the Ahmadu Bello University, Z… 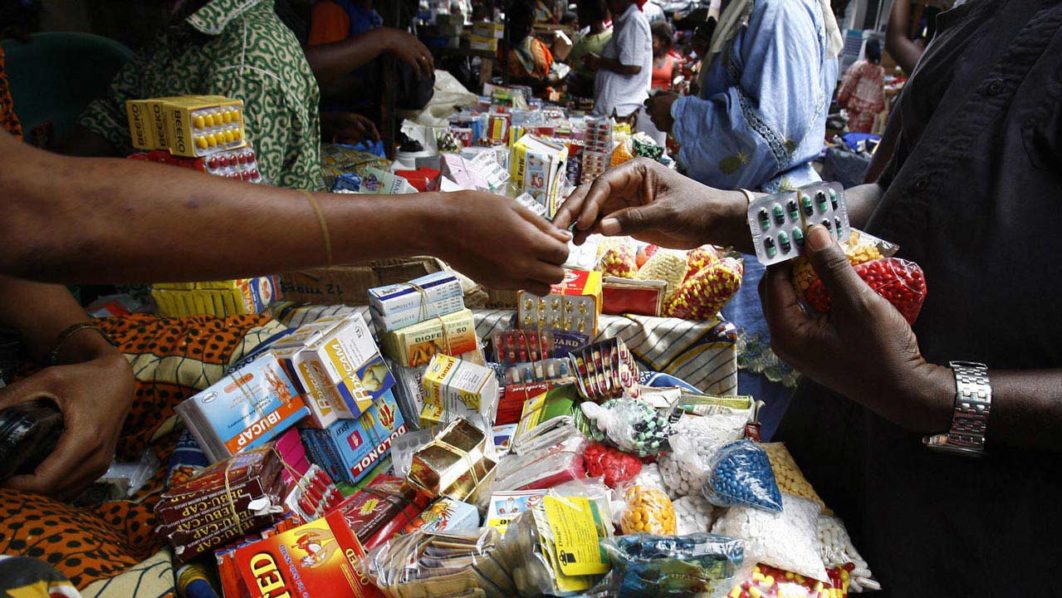 Nigeria, Others Unlikely To End AIDS By 2030 – WHO