The Medical Guild Emergency Congress was held on Saturday 27th June, 2020 and it was well attended by over 300 members.

The Chairman of the Guild, Dr Oluwajimi Sodipo gave detailed overview of the activities of the Medical Guild executives and the engagements with government on the issues that are affecting our members, including the strike ultimatum given to the Lagos State Government which centered on four (4) major issues:

A. LASG should be given two(2) weeks to complete at least 70% of our demands and if not met, Guild should proceed on the three days warning strike.

B .LASG should be given four(4) weeks to meet at least 80% of our demands  and if not met, Guild should proceed on three days warning strike

C. To commence the three days warning strike as scheduled

At the end of voting, motion A had majority of votes.

Following the votes, the Medical Guild resolved that the LASG should be given two(2) weeks ultimatum, starting from Monday 29th June 2020 to meet at least 70% of the demands. If these demands are not met by then, an emergency Representative Council meeting should be held for immediate activation of Medical  Guild three (3) days warning strike. 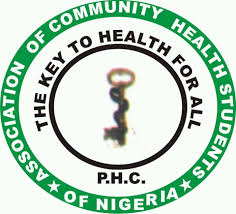 The Attorney General of the Federation and Minister of Justice, Federal Min…

RENEWAL APPLICATION Renewal of professional licence for registered nurses i…