Patients and their relatives , on Wednesday, protested against alleged poor food offered to patients and the poor sanitation at the Enugu State University Teaching Hospital at Park Lane, Enugu. They also protested against alleged nonchalant attitude of medical workers in the way they attend to patients, especially those on emergencies, which had caused many death at the hospital.

The parents of a 15-month-old girl, Daniela, Mr and Mrs Leonard Onuchukwu, were said to have sparked the protest when they refused to pay the bill given to them, insisting that they would not pay the entire bill, because of the meals, which neither they nor their child ate because they were not fit even for dogs.

It was gathered that Daniela was discharged to continue her medication in Abuja, where her parents came from for a burial in Enugu, but Leonard and his wife decided to forcefully take away their child, but the security men at the hospital tried to prevent them, which led to an uproar that led to the police being invited in as relatives of other patients joined the Onuchukwus to protest against the alleged poor meals being served at the children’s ward.

It was gathered that the relatives of the other patients said they too would not pay for the meals, which the hospital authorities allegedly force on every patient. Addressing journalists before he and his wife were whisked away by the police, Leonard, who had earlier insisted that he would not pay for the meals, said his daughter was admitted to the hospital on Saturday.

He said if he did not create a scene, the medical personnel would not have attended to his child, who was frequently passing stool and vomiting.

Leonard stated, “When we were admitted to the hospital on Saturday, neither the doctors nor the nurses were willing to attend to our child. Nobody cared to look our way, but when a family rushed in with their child, who was my daughter’s age, with bullet wounds and was turned back because there was no space, it was then I started shouting that they should discharge us so that we could look for another hospital. It was then that they started attending to my child and I thank God that she is recovering.

“I am not pleased with all they wrote in the bill, which is N29,500, but the one I am insisting that I’ll not pay even if all the policemen in the state are brought to the hospital, is the bill for food.

“The food they gave us was too poor. The tea looked like a goat’s urine; the rice and other meals they offered were not even fit for domestic animals and we did not touch them even when they were shouting each time they came that whether the food was eaten or not, it must be paid for.

“I told them that I would not pay and they have brought the police to force me to pay and we will not pay.” The Chief Security Officer of the hospital, Fidelis Onuduagu, told newsmen that it was the rule in the hospital that meals offered to patients on admission must be paid.

“It is the rule in this hospital that meals offered to patients must be paid for whether taken or not, and today must not be an exception. They must pay because this is how others have been paying,” he insisted. Other relatives of patients left their sick ones in the wards in solidarity with the Onuchukwus and to also register their dissent over the poor condition of food and other services.

“I will not pay for the food when they discharge my child, because we did not touch their food, but bought food from vendors outside. How can I pay for food we did not take?” a relation of a patient who did not want his name mentioned said.

Efforts to get the Chief Medical Director of the hospital, Prof. Onah, proved abortive as he could only be seen on appointment. Meanwhile, it was gathered that there is no water in the hospital except in the children’s emergency section.

Our correspondent gathered that the water tanks were under lock and key and patients were forbidden from going close to them. It was learnt that patients were buying water for drinking and bathing from outside the hospital premises.

Edo Ramps up Vaccination, To Immunise 3,600 Persons in Seven Days

The Edo State Government has intensified its COVID-19 pandemic vaccination …

Pharmacists Back AfDB’s Plan to Invest N1.57tr in Vaccine Production by 2031

The Pharmaceutical Society of Nigeria (PSN) has commended president and boa… 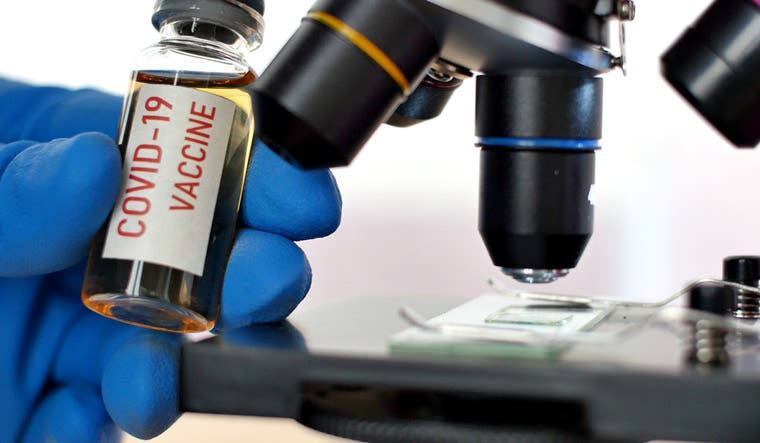 The Commissioner for Health in Plateau, Dr Nimkong Ndam, says that 44,000 p…

Pharmaceutical Society of Nigeria: State of Our Society

Edo Ramps up Vaccination, To Immunise 3,600 Persons in Seven Days

Pharmacists Back AfDB’s Plan to Invest N1.57tr in Vaccine Production by 2031