There are indications that three states out of 31 states, as well as the Federal Capital Territory, suffering from the outbreak of Cholera in the country have got the Oral Cholera Vaccine.

This is as the number of cholera cases in the country hit 90,890.

Recall that the Nigeria Centre for Disease Control had said there was scarcity of vaccine for the treatment of cholera cases in the country.

However, in the latest cholera report by the NCDC, which was made available to our correspondent, it was stated that three states – Jigawa, Yobe and Zamfara – had the vaccine.

The report read partly, “Vaccination ongoing in Jigawa with plans for commencement in Yobe and Zamfara states.”

NAN reports that since the beginning of the year, a total of 90,890 cases have been reported across 31 states and the FCT.

According to the World Health Organisation, researchers have estimated that each year, there are 1.3 to 4.0 million cases of cholera and 21,000 to 143,000 deaths worldwide due to cholera.

“Most of those infected will have no or mild symptoms and can be successfully treated with oral rehydration solution.

“Severe cases will need rapid treatment with intravenous fluids and antibiotics. The provision of safe water and sanitation is critical to prevent and control the transmission of cholera and other waterborne diseases.

“Oral cholera vaccines should be used in conjunction with improvement in water and sanitation,” WHO said.

Building on lessons learned from our collective experience with dose donati… 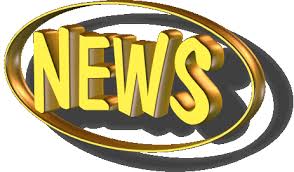