Amidst the industrial action, BSUTH management alongside Benue state government agreed to pay skipping/relativity arrears following negotiations between ARD BSUTH and BSUTH management/Benue state government which was captured in an MOU signed between the parties involved and letters of the adjustment and proof of agreement was made available to members of the association.

One month arrear was paid eventually in September 2016 which was said to be for the month of June, 2016 for which ARD BSUTH suspended the said industrial action.

Thereafter BSUTH management abruptly stopped the payment of the arrears as agreed in the MOU contained in the letter showing the adjustment of salary scheme.

BSUTH management commenced payment of skipping effectively from April 2017 but the arrears from January, 2016 until April, 2017 were not paid except for the said month of June 2016.

This brought back members of ARD BSUTH and the management to the negotiation table, consequent to deaf ears paid, ARD members embarked on another industrial action in 2019.

The industrial action again end with BSUTH management accepting to pay the arrears from January 2016 to April 2017 as monthly installments.

When the payments of the arrears eventually commenced, some of the doctors who had left the hospital before this payment period despite being a part of the MOU as covered in the letter signed by the BSUTH management were left out.

Former members who were left out of the payment tried to engage the president of ARD BSUTH to work with the BSUTH management to pay everyone that has worked with BSUTH the arrears as promised but the ARD BSUTH President refused to constructively engage in this struggle.

This newly formed aggrieved group wrote to the management severally via a lawyer for BSUTH management to simply pay her previous staffs that which is duly theirs but this plea had fallen on deaf ears despite haven followed the due process in resignation which was accepted by the management.

At the moment doctors who worked in BSUTH from January 2016 till April 2017 and were still working with BSUTH at the time of commencement of the payment of the arrears have been fully paid their arrears except for those who resigned before the payments were instituted.

Most painful is our member whom we lost in active service to the cold hands of death; Dr Uchonwu John Ifeanyi while ensuring that the people of benue enjoyed good health.

Until this very moment BSUTH management owe the family of our fallen colleague this same said arrears not minding he died while rendering active service to the people of benue state.

We hereby call on His Excellency, Gov. Samuel Orthom, the good people of benue state, to please draw the attention of the Management of Benue state university teaching hospital especially the Chief Medical Director, Dr. Swende who has chosen to ignore the plight of his colleagues.

All we ask is for our owned arrears to be paid to us.

We really ask for help from everywhere to get justice!! 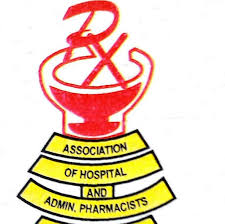 This year 2020 is the tenth edition of our World Pharmacists Day. The theme…

Dear Sir/Madam, NOTICE OF DATE FOR THE CONDUCT OF NOVEMBER, 2020 PROFESSION…

RE: APPROVED SCHEMES OF SERVICE FOR PHARMACY CONSULTANT CADRE IN THE FEDERA…