RE: NOTICE OF 15 DAYS STRIKE ACTION

JOHESU/AHPA met with the FG team for over three hours today at the Conference Hall of the Federal Ministry of Health, Abuja.

The negotiation covers those issues raised in the notice of 15 days strike action to the FG as stated below:

The meeting resolved that the ongoing negotiation process between the FG's Presidential Committee on Salaries (PCS) and JOHESU with NMA should be allowed to complete the process.

The FG team posited that JOHESU should withdraw the pending suit at NICN to pave way for fresh negotiation with government. JOHESU however put on record that it was only one of the defendants in the said suit. JOHESU also submitted that procedurally, it was the plaintiff who instituted the court action that is in vintage position to withdraw the matter from court.

Placement, Critical Labour, and others never got off the ground to execute the terms of reference. Similarly, the reports of the Staff Audit in all the FHIs have not been released.

The FG team hinted that that the constraining factor was funding the committees.

The FG team promised to work around securing budgetary allocations to fund the committees in foreseeable future.

Speedy Adjustment of Retirement Age from 60 to 65 Years and 70 for Consultants:

The FG team informed it had sent memorandum to the National Council of Establishment (NCE) to actualize this request. JOHESU solicited a more dispassionate methodology in getting the NCE to see the merit of the proposal through impactful rules of engagement.

In the spirit of the ongoing dialogue and the seeming renewed commitment of government to redress the impasse in the stalled negotiation with JOHESU since 2018, JOHESU enjoins its members to continue with their lawful duties as effort to intensify the actualization of our 5-point demand will be consolidated in the weeks ahead.

The strike action that ought to commence on July 13, 2021is hereby put on hold. Thank you. 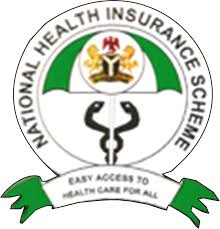 #NMCN: List of Approved Schools of Nursing, Midwifery, Post Basic Nursing, and Departments of Nursing with the Accreditation Status and Admission Quota on State Basis

The Professional Examinations are one of the mandates of the Council. Fundi…

#NMCN: Circular on Approved Unified Scheme of Service for Nursing