As many as 147 kids in New York have been diagnosed with a new condition linked to the coronavirus — now officially known as “multisystem inflammatory syndrome in children” or MIS-C. While most cases have been located in New York, other major cities — including Boston, Philadelphia, Los Angeles and, as of Thursday, Denver — have reported cases, too. With multiple reported fatalities from the illness, parents are understandably worried. But this week, the Centers for Disease Control and Prevention has announced some hopeful news — a treatment that is helping kids survive. Doctors say the hallmark symptom of MIS-C is a high, sustained fever (102 or greater, over multiple days), but other common symptoms include rash, abdominal pain, diarrhea, rapid pulse and bloodshot eyes. The CDC, which recently began studying the syndrome, hosted a webinar this week to help shed light on what doctors know thus far.

The organization noted that a direct link between coronavirus and MIS-C has not been drawn but that “many children with MIS-C had the virus that causes COVID-19, or had been around someone with COVID-19.” The syndrome has proven deadly in at least a handful of cases, but in the most promising news thus far, the CDC revealed this week that doctors have found a treatment — one that’s not only lessening symptoms, but allowing kids to leave the hospital feeling back to normal.

The drug is what’s known as intravenous immunoglobulin or IVIG, a collection of antibodies that help fight inflammation. To find out more about this treatment, Yahoo Life spoke with two pediatric experts currently immersed in the crisis.

Head of the pediatric infectious diseases division at Children’s Hospital of Philadelphia Dr. Audrey John has seen some cases of MIS-C in her department and has seen major success treating kids with it. She describes IVIG as “pooled antibodies” which can be “used to provide immunity to people who don’t make their own antibodies.” She notes that it is the standard treatment for Kawasaki disease (KD), a rare inflammatory syndrome in kids that has many overlapping symptoms with MIS-C.

Dr. Stanford Shulman, a professor of pediatrics with a focus on infectious disease at Northwestern University, adds that IVIG — which is made through blood plasma donations — often comes from students. “IVIG is prepared through plasma donations from the large groups of adults donating plasma, usually on college campuses or nearby,” Shulman says.

The medicine is created through a sophisticated chemical process

The donations used to create IVIG, Shulman says, come from the “liquid part of the blood,” not the red or white blood cells. “Basically you take the blood out of a volunteer's arm and you spin it down and you give them back their red blood cells and you just take the fluid off the top,” says Shulman. “The fluid is rich in many, many kinds of antibodies.”

IVIG likely works by putting a “damper” on the immune system

Although doctors aren’t exactly sure how IVIG helps with MIS-C, the theory is that the healthy antibodies signal to the immune system that it can slow down. “We believe that, like for Kawasaki disease, it puts a damper on the excess and harmful immune response,” says John.

Shulman, who says the medicine has been used since the ’80s to treat KDs, concurs. “Although it's never been totally proven, we believe that IVG works by modulating or suppressing inflammation.” Both John and Shulman say that patients with KD tend to respond very well to IVIG, and that MIS-C patients are, too. “We and others have found that IVIG and other treatments, such as steroids, lead to a rapid improvement in fever and an improvement in heart function over several days,” says John.

The CDC studied 33 patients with MIS-C, all of whom were given IVIG

As a part of the CDC’s webinar, the organization shared details about the number of patients studied — 33 in total. All of the individuals were given IVIG, 30 percent of them were also given a second dose. The majority (70 percent) were also given a corticosteroid, which works in tandem with the drug to dampen the immune system.

The mortality rate among the group was 0 percent, and 82 percent had been discharged from the hospital at the time of the report.

While the treatment is definitely working, it’s too soon to call it a cure

The effects of IVIG on kids with MIS-C seem extremely promising, but neither John or Shulman are ready to deem this a cure. “Since this is a new syndrome, we do not have long-term follow up on any children who have been diagnosed with this condition,” says John. “In Kawasaki disease, most children respond to a single dose of IVIG and their symptoms do not return. For MIS-C, we hope that symptoms will not return when the IVIG wears off (over weeks to months), but we do not yet know for sure that will be the case.”

“We have about two and a half weeks knowledge of this new syndrome and what we know is the vast majority of the patients that are being reported responded quite dramatically to treatment with IVIG or steroids,” Shulman adds. “But we don't have longterm follow up yet on these patients. Most of them are seemingly doing very well. So what we can say is that this seems to be a highly effective treatment.”

The Ondo State Government says it has recorded three new cases of COVID-19,…

A baby girl was recently born with two mouths, exhibiting a condition very … 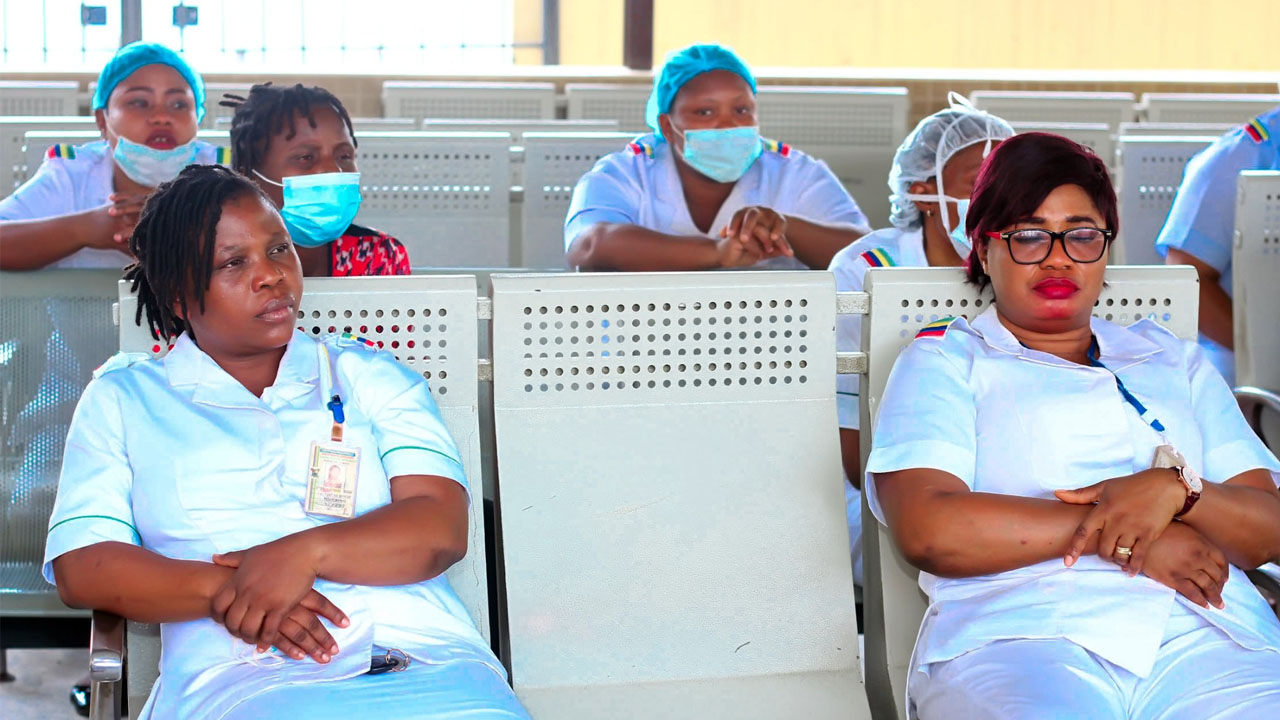