After critical appraisal of the meeting which held for over three hours, the National Leadership of JOHESU posits as follows'

1 JOHESU assessed the preparedness of the Federal Ministry of Health for what was supposed to be a critical meeting to resolve fundamental welfare issues of its members as contained in the notice of strike. JOHESU concluded that, the FMoH was unserious as well as showed both incapacity and incompetence in the handling of the myriad of issues, particularly, the 5-point demand and related outstanding issues.

JOHESU lamented the inability of the FMoH to catalyse within the last 7 days of the conciliatory meeting on 7" September. 2021 at the Federal Ministry of Labour and Employment: JOHESU therefore demanded a broad spectrum meeting that would include all stakeholders particularly the National Salaries, Income and Wages Commission, Budget Office, Accountant General of the Federation, Head of Civil Service of Federation and others to tackle and come up with an actionable payment plan for the adjustment of CONHESS as was done to CONMESS.

2. JOHESU further condemned the shoddy output of the FMoH which deliberately did not prioritise or give adequate insight to items it listed on the agenda for discussion at the September 14, 2021 meeting which we.re limited to:

b. Employment of JOHESU members (Report of Staff Audit of FM's)

c. Proliferation of Medical Doctors as DC-MAC in FHIs,

JOHESU complained about the inability of the Central Internship Placement Committee to commence full activity as vital issues of adequate representation of JOHESU were yet to be sorted out, while frowning at the presentation of the report of the Staff Audit of the FHIs when JOHESU members who were on the Committee were never briefed nor taken into confidence before a final report was submitted to the Honourable Minister of Health through the Director Hospital Services.

JOHESU insisted that, the submissions of the FMoH on these matters were unacceptable and requested for full redress in the light of this development.

3. JOHESU admonished the FMoH to take the meeting of Thursday, September 16, 2021 seriously particularly in the area of the adjustment of CONHESS as was done with CONMESS remains one of the minimum demands needed to convince her membership to avert the nationwide strike which commences on September 18, 2021 if there is no significant shift in the attitude and position of the FMoH as it seeks to ameliorate the emotional and mental torture of members of JOHESU who have been traumatised since January 2, 2014 when CONMESS was first adjusted and the subsequent amplification of the some CONMESS with two further adjustments.

4. JOHESU through a consensus of opinion resolved to immediately put the Honorable Minister of Labour and Employment, Dr, Chris Ngige on notice about the development at the meeting held at FMoH which was adjudged unproductive, particularly because of the seeming positive stance of the Honourable Minister of Labour and Employment to generate a momentum  that brings a departure from the unenviable status quo ct the meeting of September 7, 2021 hosted oy the Federal Ministry of Labour cnd Employment.

JOHESU decided that its leadership would monitor strictly the totality of efforts that will be put in place by the concerned MDAs of the Federal Government to avert a nationwide strike after its communication with the Minister of Labour and Employment.

5. JOHESU critically evaluated the dividends of the meeting with the FMoH and inferred that it was fruitless in every aspect and ramification.

JOHESU therefore directs all its branches at FHIS and state levels nationwide to immediately summon emergency and compulsory congress meetings of JOHESU members within the next 48 hours to mobilise for the indefinite strike which will commence on the mid-night of Friday, September 17, 2021 if the FG does not show a more responsible and sincere resolve to those demands as contained in the 15-day notice strike action.

JOHESU further requested that, the resolution of all congresses at FHIs and State Levels must be communicated to the situation room at the JOHESU National Secretariat before mid-night on Thursday, September 16, 2021. ([email protected]) 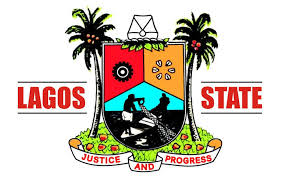